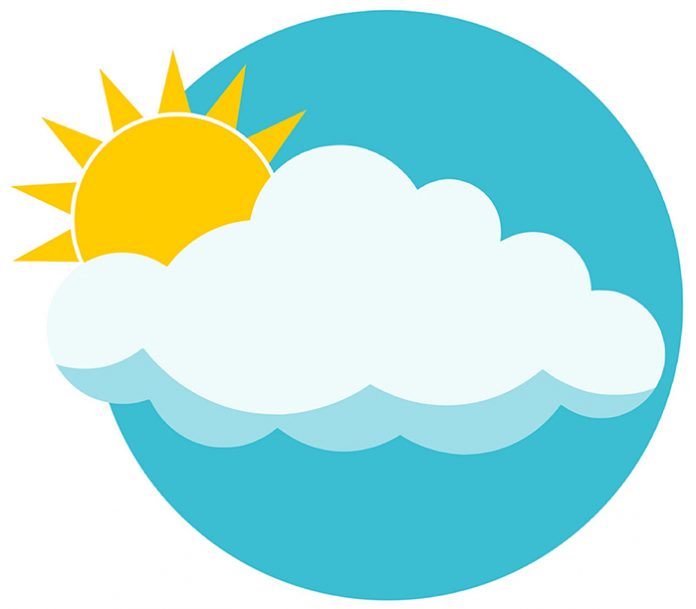 It was a warm month by December standards – a full 2.5C above average. The warmest day was, surprisingly, towards the end on the 24th, when the mercury hit 8.2C and a white Xmas was very much in doubt. But Santa rode in on a cold front as the thermometer dropped to -4.4C in just a few hours and just enough snow fell to look seasonal. The coldest day, though, was the 15th, at -9.5C.

Precipitation was about normal at 55 mm. but the way it fell was unusual. Fully half of it came as cold rain on the 12th and most of the rest fell as a snow/rain mix around the end of the month, which promptly turned to ice, much of which can still be seen on our streets as I write this.

Tobermory led a charmed life. There were several episodes of heavy lake-effect snow that blanketed areas to the south but missed us. As is often the case in early winter here, strong north winds picked up the moisture from the lake but blew it right over us to land on the higher ground. Overall, winds were about normal; the highest gusts reached 70 kms/hr in the storm which started at on November 30th and subsided on December 1st.

Once again climate change was clearly evident as we look at the year as a whole. Our winters are significantly warmer than in the 20th century. In 2020, January was 3.8C above the long-term norm, February and March 3.1C and 2.6C above. And of course this December was 2.5C up. This is precisely what climatologists have been predicting for over 30 years. I won’t reiterate the columns I wrote during the year – suffice it to say we are seeing more severe storms, tornados and forest fires than were evident in the last 100 years.

Our summer, on the other hand, was normal. If you average May through September you arrive at a mean just 0.3C above the 20th century.

The hottest day of the year was July 9th when the mercury hit 32.2C, the warmest my station has recorded. The coldest (not very cold by historical standards) was on Valentines Day, -18.6C. Precipitation was above the average of 763 mm. at 815 mm. which continues the trend of the last decade. The wettest month was August when we received nearly double the normal rainfall.

2020 was, of course, remarkable for the pandemic which at first sight would seem unrelated to climate. Still, there is a small body of scientists who are not convinced of that and who speculate that there is a link.

To all my readers I wish a very Happy New Year. Let us make sure that we keep the Northern Bruce Covid-free. Stay Safe!

Watch for Salamanders on Wet Roads

March 31, 2021
Media ReleaseMarch 9, 2021 – The number of homes sold through the MLS® System of the REALTORS® Association of Grey Bruce Owen Sound (RAGBOS)...

Delivering local news to the northern Bruce Peninsula for 30 years
Contact us: [email protected]
Published by:

The Language of Trees Exhibit Opens Jan 9 at Deep Water...